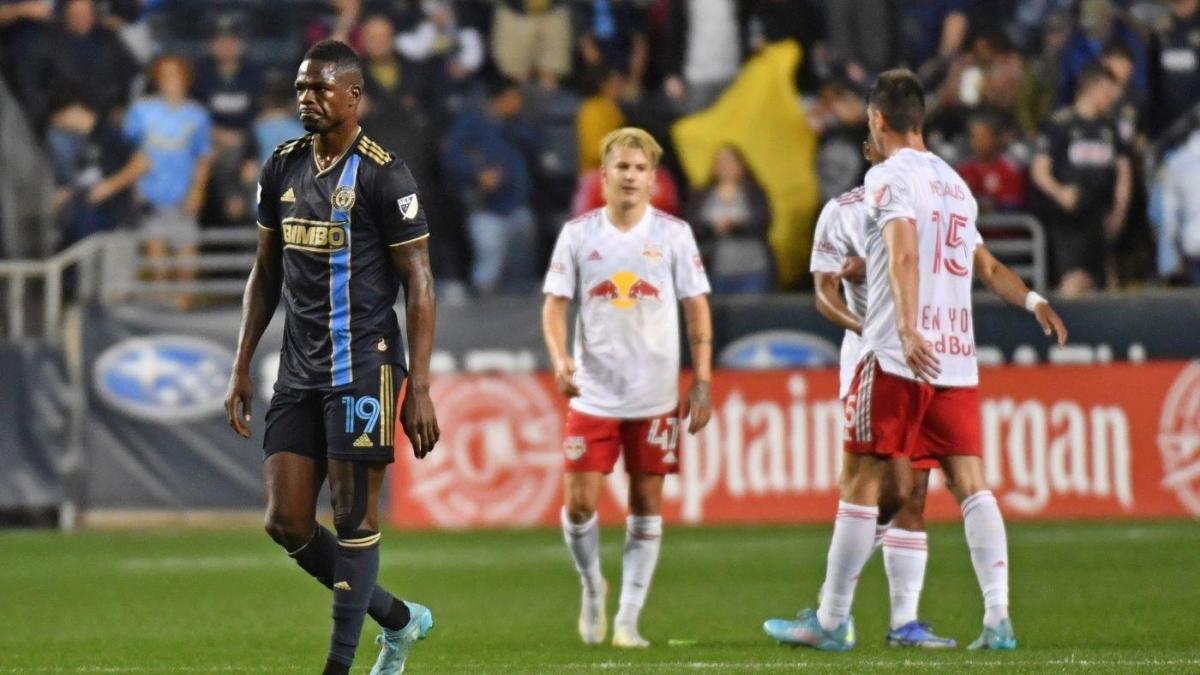 Two teams with intertwined fates met in Chester on Saturday with first place in the Eastern Conference on the line. As the New York Red Bulls played 35 minutes of the game with just ten men, they managed to salvage a goal for a game draw 1-1. On top of a Daniel Gazdag goal and a man through Dylan Nealis’ second yellow in the 55th minute, Union manager Jim Curtin will see this as another two points dropped for his side after an equalizer from Luquinhos ran their winless streak to five games in a row.

While it’s debatable whether these two teams are rivals, their clash at Subaru Park certainly looked like a rivalry match. As the match grew tense, chants rang out in the stadium and tackles flew throughout the game which hurt the Red Bulls as Dylan Nealis was sent off for a foul on Sergio Santos where he raked his Achillies . With eight yellow cards handed out and 25 fouls combined by both teams, it only seemed like a matter of time before someone got kicked out.

While the ending was disappointing, Gazdag’s debut game for Union showed exactly how this team wants to play football. Taking advantage of a missed clearance from a Red Bull defender, Gazdag gave Santos the ball before indicating where he wanted him to play again after beating his man in the box. Santos played it perfectly to lead 1-0.

But while Union have been a good team to get ahead in games, they haven’t been good at keeping ahead as the team seem to lack killer instincts. It was the fifth league game in a row in which Union lost a lead, resulting in a defeat and four draws.

Former Union target Luquinhas was the man with the equalizer on Saturday night, showing just how linked these two teams are.

After a foul from Jose Martinez – which will see him suspended for Wednesday’s game with Inter Miami – the Union defense was scrappy enough to allow the goal to happen. While Union had the man advantage, they were unable to make him count, mainly due to the absence of striker Mikael Uhre. The Danish striker was signed to be the guy in the box to add the finishing touch after winning the golden boot in the Danish Premier League last year.

But he got off to a less than stellar start to his Union career due to missing out on time with multiple injuries to the same quad. He only played six games and scored one goal while assisting another. He is on the mend but this match came too soon for him to return to the field. If he’s able to roll, the sky’s the limit for this team because they do the right thing, take 17 shots and put six on target, that’s good, but they don’t have the quality when Santos can’t play 90 minutes himself.

Another area of ​​frustration is Nathan Harriel. The 21-year-old has been excellent at stretching since taking over as right-back from Oliver Mbiazo. At the start of this match, he won a corner kick for Union thanks to his determination. take on Red Bull’s John Tolkin. But the Union system is built on full-backs creating opportunities to cross wide areas. Harriel’s opposite Kai Wagner showed that by being the most dangerous player on the pitch for either team, racking up four key assists.

Harriel doesn’t even seem confident in his crossing. He attempted just two crosses in the game before being replaced by Mbiazo and completed just 62% of his passes in total. With Alejandro Bedoya and Leon Flach more focused on running off the ball to create space, Curtin either needs to get Harriel’s help or push him to trust his right foot more. He’s the starter because he earned the role, but he has to move on if he wants it to stay that way.

This is a Philadelphia Union team that wants to compete for the Supporter’s Shield and the MLS Cup and they’re close. But they will have to keep tinkering to make sure they stay ahead of their rivals. Before the game, Red Bulls head coach Gerhard Struber said: “I always like to play against Philadelphia, we don’t always succeed against them, but the games against Philadelphia, let’s grow, develop in the right way. direction. They are maybe a step or two ahead of where [Red Bulls] are, with their band together longer.”

Based on how things turned out, Struber was right. It’s hard to say that the Union didn’t deserve all three points. As hard as the Red Bulls might have fought back, being a goal and a man behind isn’t a position you get much from.

On the good side of Philadelphia, the Union played three straight games against playoff teams last season and lost none, so things are on track. But until the points arrive, fans will start to get frustrated. Next up is a home game against Inter Miami, a game that is now as close to a must win as any game can get this early in the season if the Union are to fulfill their ambitions. They’re still tied atop the East on points with CF Montreal and Orlando City, but they won’t be that way for long if draws don’t start turning into wins soon. 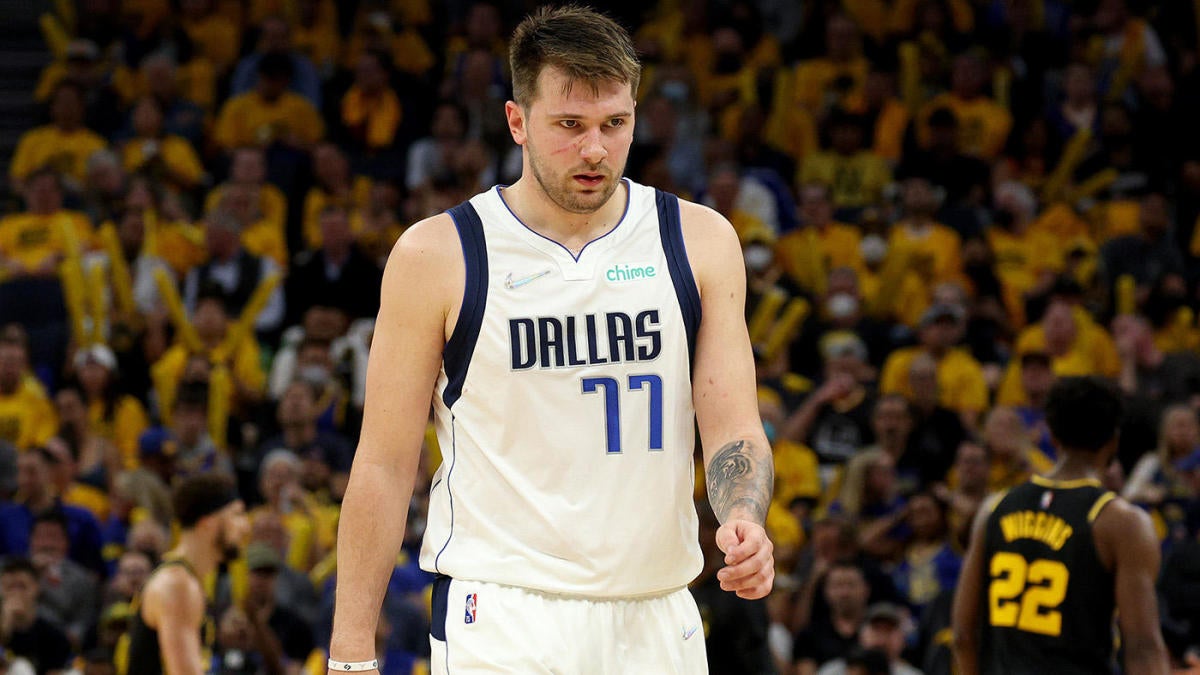 Luka Doncic will likely shoot better in Game 2, but so will the Warriors, plus other best bets for Friday 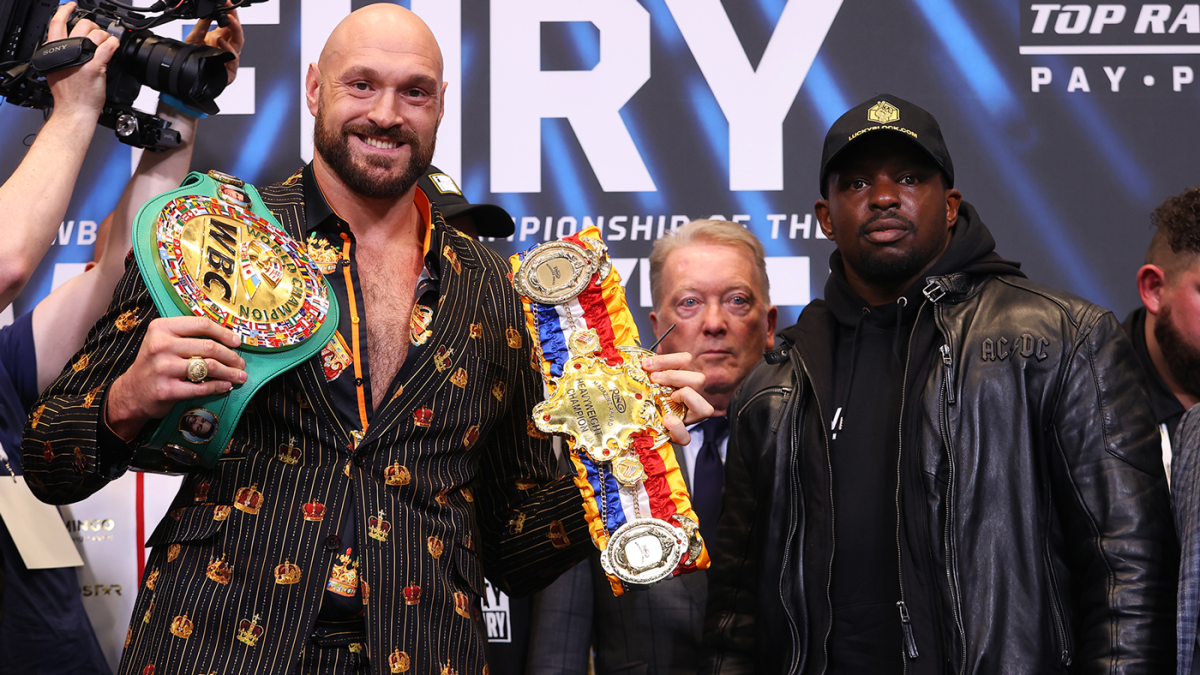