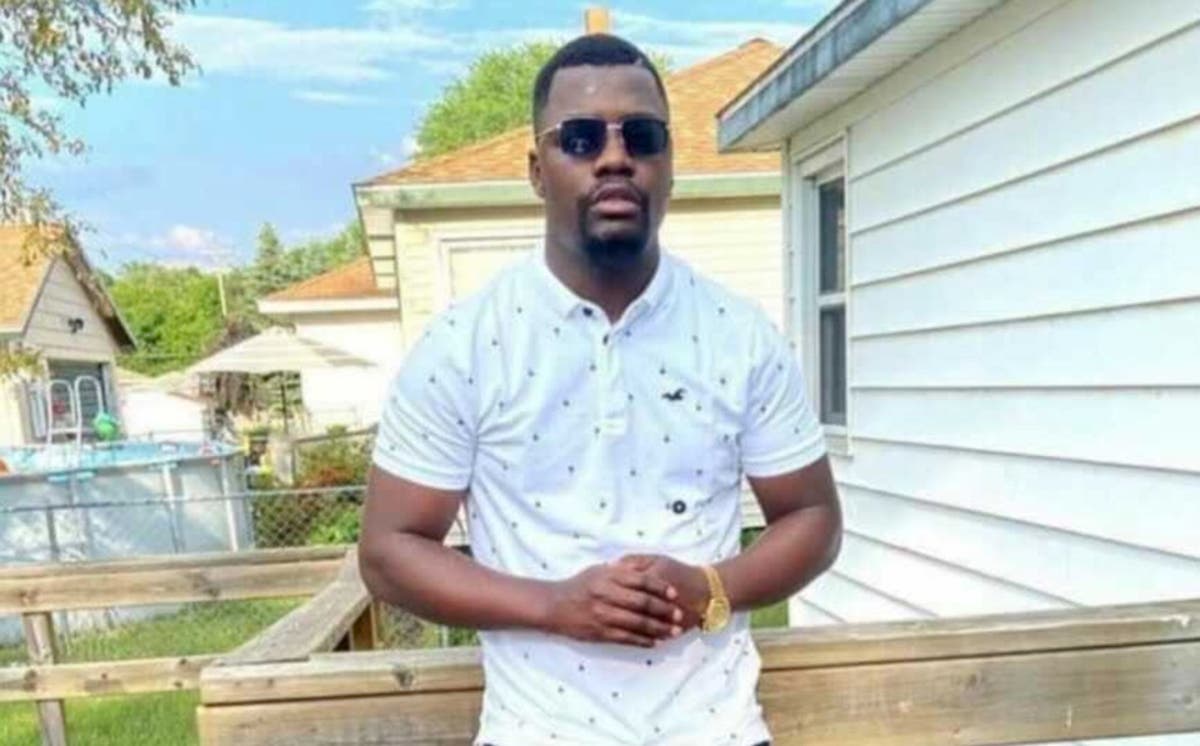 An independent autopsy has determined that unarmed black man Patrick Lyoya was killed with a single bullet to the back of the head during a fatal altercation with a white police officer.

Lawyers representing Lyoya’s family released the autopsy findings at a press conference on Tuesday morning, ahead of the 26-year-old Congolese refugee’s funeral on Friday.

The autopsy, carried out by top medical examiner Dr Wener Spitz, revealed his death was caused by a single bullet entering the back of his skull near the midline and then traveling upwards and to the right side of his skull and lodging near his right temporal bone. He died instantly.

“There is no doubt what killed this young man,” Dr Spitz said, adding that he believed the gun was pressed against Lyoya’s head at close range when it was fired.

Lyoya, a 26-year-old man who had moved to the United States with his family from the Democratic Republic of Congo in 2014, was killed by an unidentified officer after being stopped for a traffic stop in Grand Rapids, Michigan, on 4 april.

Graphic footage of his death released last week shows a brief struggle between the two men before the officer pins Lyoya to the ground and fires a fatal shot, killing him.

The video sparked protests in the city of Grand Rapids and growing calls for the officer to be arrested and criminally charged, with the black man’s grieving family describing their son’s death as an “execution”.

Ben Crump, the prominent civil rights lawyer who represents Lyoya’s family, said at Tuesday’s press conference that the autopsy results prove “how graphic his murder was in a scientific way” while that he swore to “find out the truth” about what happened to Lyoya. .

“This independent autopsy report confirms what we all witnessed in the horrific video footage,” he said.

“The unarmed Patrick Lyoya was conscious until the bullet entered his head, instantly ending what could have been a long and successful life.”

Based on Lyoya’s current state of health, Dr. Spitz concluded that the 26-year-old would have lived to be around 82 years old.

The findings precede the Kent County Medical Examiner’s official autopsy report, which has yet to be released.

Officials said last week they would wait to receive results from toxicology and additional tissue testing and until the investigation into Lyoya’s death is complete before releasing findings.

Dr. Spitz did not perform a toxicology review.

Mr Crump said his team was investigating “every aspect of how this Grand Rapids police officer turned a simple misdemeanor traffic stop into a murderous execution with him shooting an unarmed civilian in the back of the head”.

He wondered if Lyoya’s real crime was “DWB: Driving in Black”.

Lyoya was first pulled over for a traffic stop for allegedly driving with an incorrect license plate.

Mr Crump pointed out that the officer could not have seen Lyoya’s license plate when he decided to follow him, as the two were driving in the opposite direction from each other.

“You will notice that initially the policeman does not move in the same direction as Patrick. So what we see is he turns around to get behind Patrick,” he said.

“How did he know the beacons were invalid when he was coming from the opposite direction?” He asked.

There are also pointed questions about the officer’s body camera footage.

During the struggle between Lyoya and the officer, the body-worn camera momentarily stops working. It then starts working again a few seconds later.

It is unknown why the body camera stopped working during the fight.

Attorney Ven Johnson said there were questions about how the body camera might go off in the middle of a struggle.

“The button must be pressed for three seconds” to turn off, he said.

“Tell me how in a struggle while on top of our client, our client is face down, the body camera can be pressed there for three seconds,” he said.

“We also know that later it will be reactivated…I know what that means to me.”

On Wednesday, the Grand Rapids Police Department released multiple videos of the April 4 encounter showing Lyoya being stopped in his car by the officer before a fight broke out and the officer pinned Lyoya to the ground and deployed his taser. .

The incident then ends with the officer firing a fatal shot into the back of the black man’s head.

The roughly two-and-a-half-minute footage includes clips from four different videos: the officer’s police car dashboard camera, the officer’s body-worn camera, surveillance footage of a nearby house and a phone video captured by someone in a car with Lyoya.

It starts with the officer stopping Lyoya for a traffic stop around 8am.

When it stops, the black man gets out of the vehicle.

“Stay in the car! Dude, I’m arresting you,” the officer said.

Patrick Lyoya flees the officer before a fight ensues

The officer asks for his driver’s license and asks if he speaks English to which Lyoya replies “yes” and asks what he did wrong.

He then turns to the door and speaks briefly to the passenger inside, before closing the driver’s side door and taking a few slow steps towards the front of the car.

At that moment, the officer starts saying “no, no, no, stop” and “put your hands behind your head” and grabs Lyoya by the arms.

A struggle then breaks out with the black man pushing the officer away and running down the sidewalk.

The officer tackles him to the ground and the two men continue to struggle on a lawn, the officer hears Lyoya saying to “stop resisting”.

During the struggle, the officer fires his taser twice at Lyoya who then appears to snatch the device from him.

The body camera cuts out at this point, but cellphone video taken by the passenger in the car captures what happens next.

The officer is seen on top of Lyoya, pinning him face down while shouting “drop the taser” at the black man.

Seconds later, the officer then pulls out his gun and shoots Lyoya in the head at close range. Lyoya’s body becomes limp.

The fight lasted about 90 seconds. No weapons other than the officer’s pistol and taser were found at the scene.

Police Chief Eric Winstrom said the officer shot the black man once in the head as his face was turned to the ground.

The police chief said at a press conference Wednesday that the department is releasing the footage in the interest of transparency.

He described the incident as “a tragedy” and said watching the footage was “a progression of sadness for me”.

Police declined to name the officer, saying only that he had been with the force for seven years and had been placed on paid leave.

The officer will only be named if he is criminally charged in Lyoya’s death.

Michigan State Police are now conducting the criminal investigation into the shooting with part of the investigation focused on whether Lyoya understood the officer’s orders.

Lyoya’s parents spoke out last week to describe how their son was “killed like an animal” by the officer in a country they moved to for a better life for their family.

The 26-year-old’s funeral will be held Friday at the Renaissance Church of God in Christ in Grand Rapids, where the eulogy will be read by civil rights activist Reverend Al Sharpton.

Lyoya’s death is the latest in a long string of police killings of black people in America, nearly two years after the murder of George Floyd sent shockwaves across the world and sparked protests demanding an end police brutality and systemic racism. 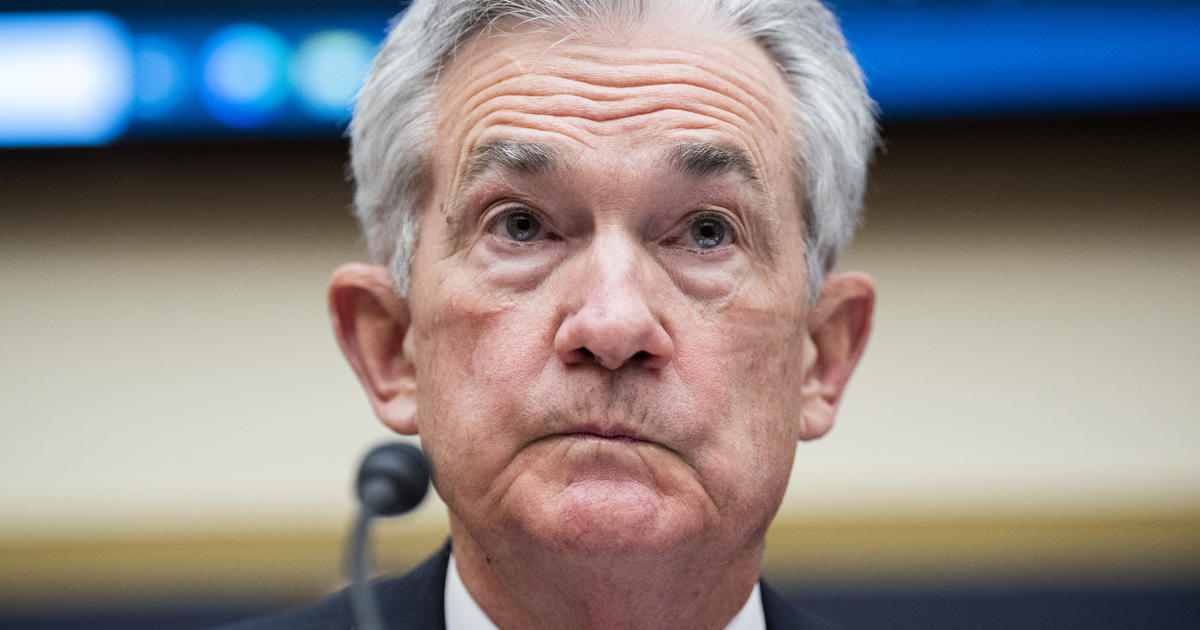 Fed interest rate hike: here’s the impact on credit rates, mortgages and the rest of your portfolio 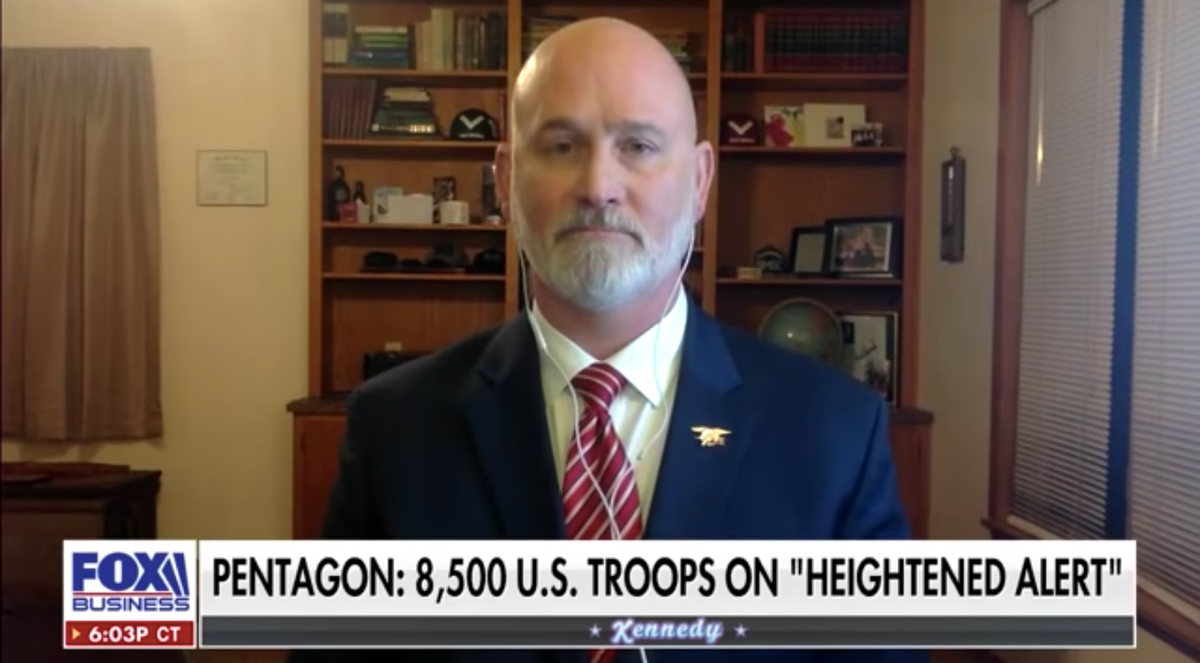 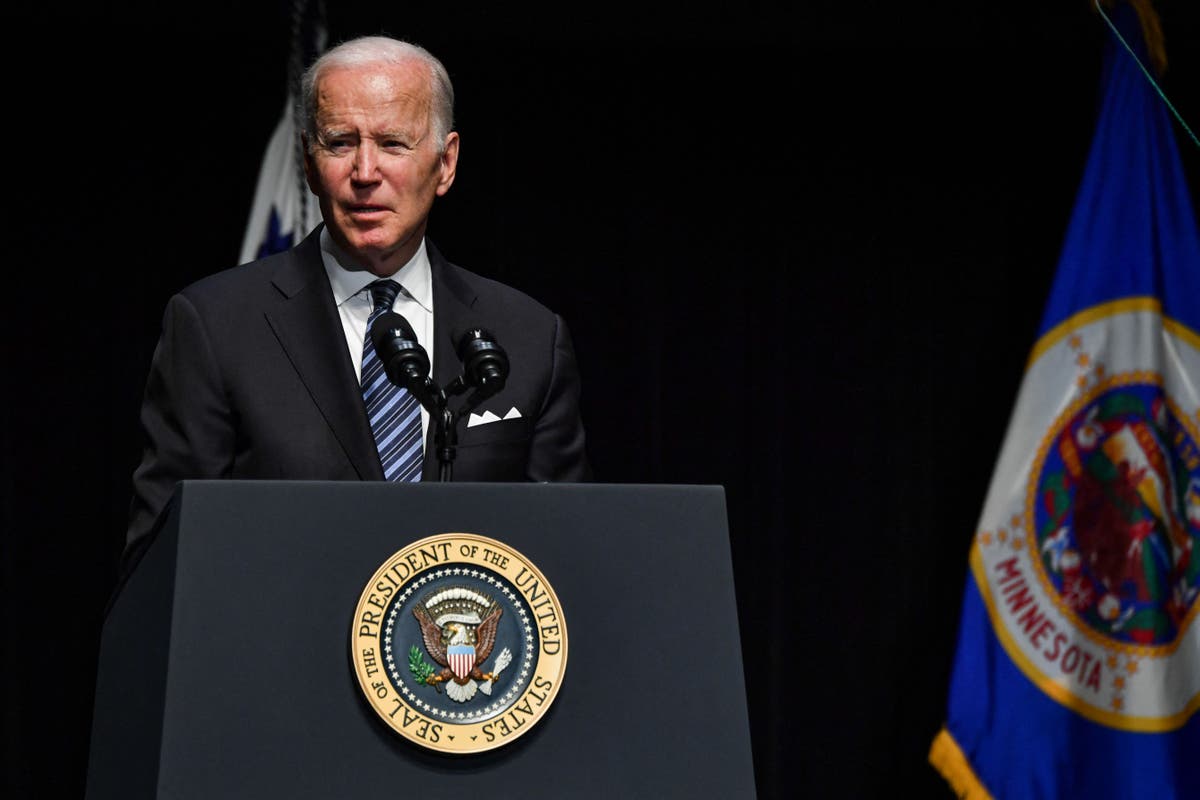