In October 2020, a few weeks before the publication of the results of the experimental trials of the BioNTech-Pfizer, Moderna and Oxford/AstraZeneca Covid-19 vaccines, the German virologist Christian Drosten warned that the injections would be of limited effectiveness in preventing the spread of disease. .

“We are dealing here with an infection of the mucous membrane, that is to say of the nose and throat and then later of the lungs,” he said in episode 62 of Das Coronavirus-Update, the podcast launched by broadcaster NDR in March 2020 which helped make Drosten a household name in Germany. “The mucous membranes already have their own special local immune system. With current vaccines, which are more likely to be injected into muscle, you don’t hit that local immune system so well. As a result, vaccines “probably protect more against severe course [of the disease] than against infection.

This is of course exactly how things turned out. Vaccines have been spectacularly effective in preventing serious illness and death, let alone preventing transmission.

Drosten has been described in US media as “Germany’s Fauci”, but the nickname seems a bit unfair. National Institute of Allergy and Infectious Diseases Director Anthony Fauci was a top researcher in his day, but has run a major government agency (fiscal year 2021 budget, $6 billion) for 38 years. His media appearances during the pandemic have mostly consisted of reciting the public health consensus of the moment, which was helpful when the US president was a source of Covid-19 misinformation but not always particularly illuminating. Drosten, director of the Institute of Virology at the Charité Medical School in Berlin, is perhaps the world’s foremost coronavirus expert, responsible for identifying the original severe acute respiratory syndrome virus in 2003 and design of the first diagnostic test for SARS-CoV-2, the origin of Covid. virus in January 2020. His public commentary, delivered mostly as a podcast after he grew frustrated in dealing with some in the German media, tended to be forward-thinking and forward-looking – as indicated by what he was saying about vaccines in October 2020.

I’m telling all of this as context for what Drosten said last month in the 113th and final (so far) regular episode of Coronavirus-Update. He was again talking about the mucous membrane – which in German is translated by the more graphic “Schleimhaut”, literally “slimy skin” – and its role in the control of infectious diseases (translation and editing by me):

It is this mucosal immunity that keeps the flu from spreading for most of the year, with the disease’s effective reproduction number (the average number of people who will get it from each afflicted person) only exceeding 1 for a few months in winter, when indoors. crowding, drier air and other factors appear to lead to increased transmission.

Contrast that with Covid: Current vaccines generate some mucosal immunity but it wears off quickly, and while there are nasal spray vaccines in development that target the mucous membrane, they’re not ready yet, and that approach has had only mixed effectiveness against influenza. Meanwhile, less than half of Germany’s population has been infected with Covid, Drosten said (in the US, according to a Centers for Disease Control and Prevention report this week, it’s 57.7%), he so there probably isn’t enough mucosal immunity there to prevent the reproduction number from going back up to 2 or 3 in the fall, leading to another huge wave of infections and concomitant stresses on hospitals and disruption of the everyday life.

One thing that could prevent this, Drosten speculated, might be that many young people (the “party generation,” he called it, in English) would get infected a second or third time over the summer, but he expressed doubts that this would be enough to make a difference in 2022. How many times people will need to be infected to confer effective immunity against transmission, asked NDR science journalist and podcast moderator Korinna Hennig. Reply from Drosten:

My idea is that it’s in the range of a number you can count on a hand. But no one can say for sure right now.

The role of immunity conferred by infection in slowing the spread of Covid has been a sensitive topic. Early in the pandemic, it was pointed out by a few scientists (and many non-scientists) who grossly underestimated the lethal nature of the disease. Later, after vaccines became available, anti-vaccineers argued that natural immunity was superior to that conferred by injections. This last statement is not entirely false – as might be expected from Drosten’s explanations, there is evidence that prior infection provides better protection against subsequent infection than current vaccines (although there is also counter-evidence). But getting vaccinated is far less dangerous than catching Covid for the first time, and once you’ve been infected, vaccines add significant protection against reinfection.

Relegating SARS-CoV-2 to endemic virus status like the flu or the many coronaviruses that cause colds, however, may require many and many of us to contract the disease again and again. As Drosten said in an interview in January:

In the long term, we will not be able to vaccinate the population every few months. That won’t be enough. At some point, the virus itself will have to keep updating people’s immunity.

Given the source, it’s hard to argue with that. As a guide to policy and behavior, however, it’s not so clear cut. Going to great lengths to avoid infection makes less sense for most of us than it used to, and trying to maintain a zero-Covid policy as a nation, as China is doing, seems to make no sense. at all. But should we go out and try to get infected?

A few weeks ago, after writing about my belief that wearing masks on buses and subways should be encouraged even after terms expired, I heard readers say it was unwise because being exposed to germs on the bus or subway boosts immunity. But if that’s the case, the vast majority of Americans who aren’t fortunate enough to travel by public transportation must be putting themselves in grave danger. By that logic, don’t they need to hang around unmasked in enclosed spaces full of strangers for a few hours every week?

In other words, the argument that one should never bother to take precautions crumbles. Drosten certainly doesn’t subscribe to that, instead expressing hope in the latest coronavirus update that the “Asian courtesy” of wearing a mask when sick and in certain other situations will spread in Germany. Wondering what the right balance might be, I asked my primary care physician (and classmate) Bertie Bregman, who has treated Covid patients in New York since the early days of the pandemic and also contracted the disease very early. He had an interesting response: “In a nutshell, what I believe is that we need to stop being so neurotic about Covid and be more neurotic about everything else.”

That is, with Covid now manifesting among the vaccinated and those with previous infections (i.e. almost everyone) primarily as a standard upper respiratory infection, we should probably just treat it as a standard infection , although with increased awareness that the spread of these diseases can and should be slowed by simple measures like staying home and wearing a mask when sick. The only “wild card”, authorized by Bregman, is Long Covid, the risk that even mild cases can now lead to complications later. But taking reasonable precautions around cold and flu symptoms is likely to be more effective in curbing Covid, he thinks, than the current widely followed approach of taking rapid Covid tests and living normally if they return. negatives – “then half the time a week later they come out positive.

What about building immunity? Early exposure of children to germs and allergens pays dividends later, Bregman said, but for adults, “the costs of getting sick outweigh the benefits.” So yes, most of us will probably get Covid, on several occasions. No need to rush, though. More other Bloomberg Opinion writers:

• The biggest mistake of the pandemic continues to cause confusion: Faye Flam

• Shanghai’s Covid agony will not be silenced: Shuli Ren

Justin Fox is a Bloomberg Opinion columnist covering business. He was editorial director of Harvard Business Review and has written for Time, Fortune and American Banker. He is the author of “The Myth of the Rational Market”. 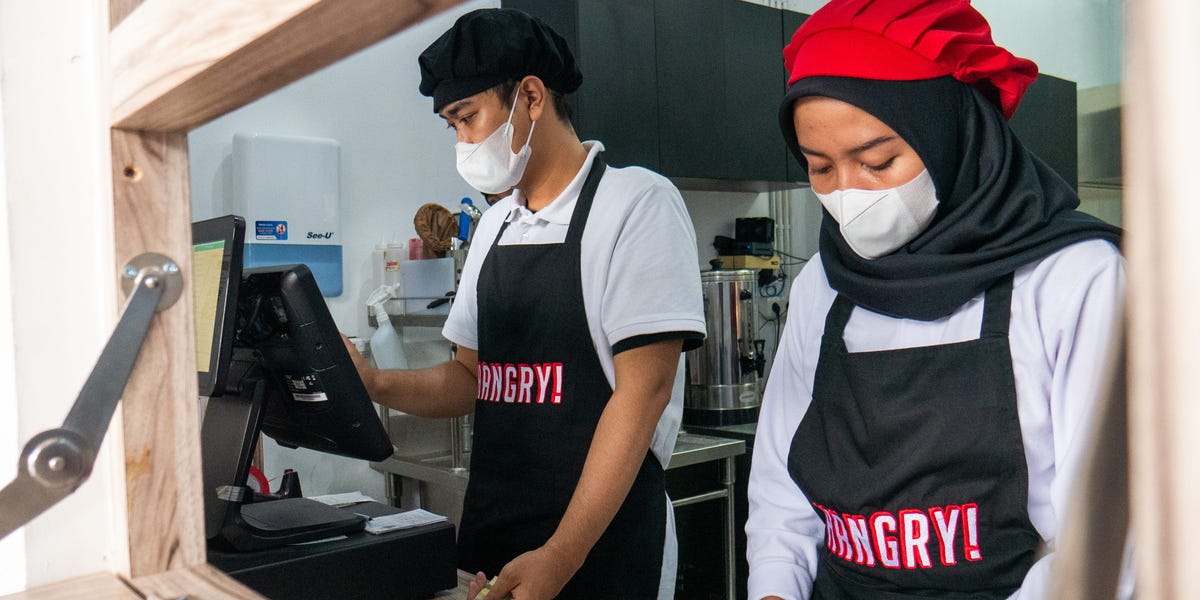 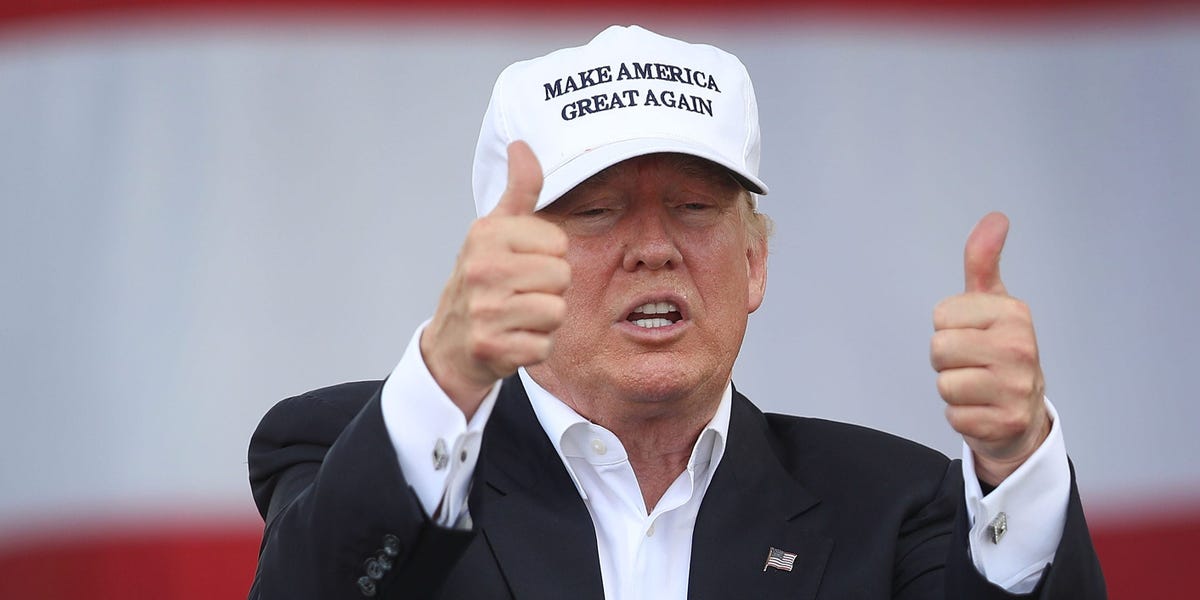 Trump lies on endorsement record as more of his candidates fight