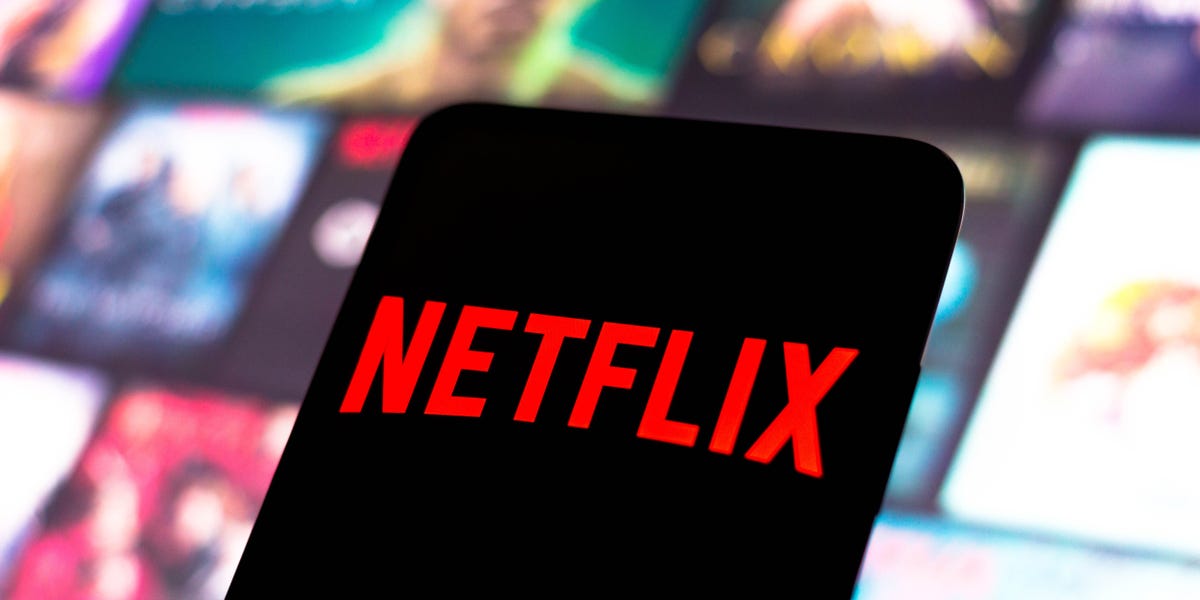 Just ten years ago, Netflix released its first original series, the Norwegian mob drama “Lilyhammer”, but in that time the streamer has become a disruptive force in Hollywood, challenging the entertainment industry with its all-encompassing approach to manufacturing, marketing and distribution. content.

which started as a DVD-by-mail business, is today the world leader in subscription

entertainment, ending in 2021 with 222 million paying members. The company’s success in streaming has pushed legacy media companies including Disney, Warner Bros. Discovery and NBCUniversal, to pursue their own direct-to-consumer strategies.

And Netflix hasn’t stopped there, in recent years, expanding its domain to include publishing, live events, games, and other adjacent businesses.

Headquartered in Los Gatos, California, Netflix has always been product and data driven. This has allowed it to stay ahead of the rest of Hollywood when it comes to creating experiences for consumers.

For example, after years of offering almost no viewership data, Netflix has unveiled a list of the platform’s most popular shows and movies in the US and around the world. As co-CEO Ted Sarandos explained to investors at the time, Netflix has found that some viewers are more likely to check out a title if they know it’s popular with other subscribers.

In 2021, Netflix went a step further and introduced a Top 10 website to share information about its most viewed titles. While what’s on offer is only part of the full picture of how people consume content on the platform, the site reveals more data than any other streamer.

Learn more about why new viewership data gives Netflix an edge over Disney+ and other players in the streaming wars.

When Netflix first came to Hollywood, rivals saw it as a platform for their catalog shows and long-forgotten movies. The checks Netflix wrote for library titles in those early days helped sustain studio revenue. But it soon became clear that the company’s appetite for content would encompass more than just licensed programming.

The streamer launched original programming with a focus on high-profile, high-profile creator projects — series like “House of Cards” and “Orange Is the New Black” came to define its first list of originals. But over the years, Netflix has consistently moved to conquer every major genre of entertainment programming, from documentaries and stand-up specials to reality TV and YA.

Learn more about Netflix’s move to YA with ‘To All the Boys’ spin-off ‘XO, Kitty’ as data reveals genre’s global reach

So far, Netflix has avoided live programming, so it hasn’t been competitive in areas like sports, talk, and breaking news. But when the company plays in these arenas, it has an outsized impact.

Take the “Formula 1: Drive to Survive” docuseries, which helped popularize motorsport in the United States. Netflix now has similar projects underway that will follow the professional golf and tennis seasons.

Learn more about how Netflix is ​​helping F1 attract more viewers and fans in the US, according to McClaren CEO Zak Brown

Today, the streamer creates and distributes hundreds of original titles each year, producing global hits in shows like “Stranger Things” and “Bridgerton” and movies from “Red Notice” to “Don’t Look Up.” .

Learn more about why ‘Squid Game’ became a global phenomenon, according to a Netflix marketing executive

Netflix has been able to ramp up international production because it has kept tabs on global content trends for years. After slowly expanding into a few markets outside of the United States, the company launched a large-scale expansion in 2016, making its service available in 130 countries at once. It now operates in all countries except China, North Korea, Russia and Syria.

Learn more about how Netflix’s “Squid Game” is part of a strong international TV strategy that is far ahead of rivals, especially in South Korea

In September 2020, Netflix – which is led by co-CEOs Reed Hastings and Ted Sarandos – promoted longtime entertainment executive Bela Bajaria to global head of television. She previously oversaw the company’s local-language originals and her promotion, which led to the departure of Netflix veteran Cindy Holland, signaled that the company would prioritize international programming going forward.

Now all Netflix rivals, including Disney+ and

— step up their global programming efforts.

Check out our full interactive chart of Netflix’s top leaders

Netflix expands into publishing, events and other mainstream businesses

As Netflix’s constellation of Original IPs grows, the company has sought new ways to boost fandom around the world, including with large-scale live events like Tudum, which aired for fans of the world in September 2021, and the most selective The Queen’s Ball: A Bridgerton Experience, which is on tour in the United States and Canada.

Later in April, the company will welcome hundreds of thousands of guests to Los Angeles for the two-week Netflix Is A Joke Festival.

Netflix’s first attempt to adapt its IP address to the physical world was through merchandise. He’s now selling “Stranger Things” cassette players and “Squid Game” tracksuits at Walmart in just another example of how he’s looking to create touchpoints with fans.

Learn more about how Netflix hires journalists from Condé Nast and Time Inc. to create a “fandom engine” to market its shows

With Tudum, Netflix is ​​now in direct competition with fan sites like Whats-on-Netflix.com, which obsessively tracks the whereabouts of programming on the service. The streamer is also clashing with kids’ publications like Highlights with Netflix Jr. magazine, which it will ship to the homes of viewers with young children. And he takes on Hollywood trade publications like Variety and The Hollywood Reporter with Queue, which is edited by Vanity Fair alum Krista Smith and pushes award contenders with photos and profiles.

Rewards is one area where Netflix has made a particularly large investment. Although its rival studios are also spending lavishly to give their movies and TV shows the best chance of getting Oscars and Emmys, Netflix has gone even further. He owns highly visible billboards around Los Angeles and holds premieres at theaters he has purchased there and in New York.

The fact that Apple TV+ beat Netflix to become the first streamer to land the Best Picture Oscar – with its 2022 win for “CODA” – shows just how much Netflix is ​​still considered an oddball by many in Hollywood.

Netflix envisions a future in gaming and interactive entertainment

After years as a Wall Street darling thanks to its rapid subscriber growth, Netflix has seen its business mature and its growth slow, especially as it reaches saturation in some markets. This means that the company has started looking for new ways to attract and retain subscribers.

In 2021, Netflix has branched out beyond filmed entertainment with games. So far it has bought a trio of small game studios – Boss Fight, Night School and Next Games.

This game push is an extension of the interactive programming efforts it started with choose-your-own-adventure style series like “Black Mirror: Bandersnatch.” It continues to invest in this style of programming, launching its first daily interactive series, “Trivia Quest”, in April.

One area where Netflix might lag behind its streaming rivals is advertising. Company executives have long maintained a strong stance against ads on the platform, even as Disney+, Peacock, HBO Max and other streamers have introduced lower-cost, ad-supported options.

But in March 2022, CFO Spencer Neumann hinted that advertising could be on the horizon for the streaming giant, phoning conference attendees: “It’s not like we have a religion against advertising.” .

Advertising experts told Insider at the time that a cheaper Netflix with ads might not be the best strategy for the company, a sign that Netflix’s greatest success comes when it disrupts a industry, without conforming to it.

Learn more about why a cheaper Netflix with ads might not be profitable, according to AVOD experts, even with billions in potential revenue 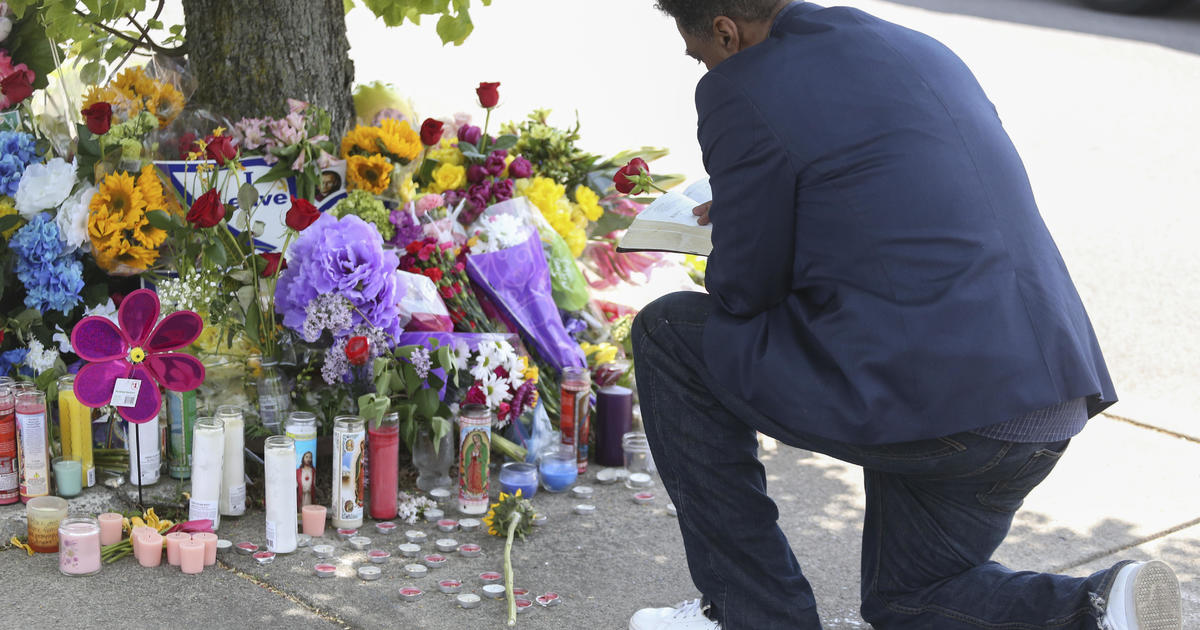