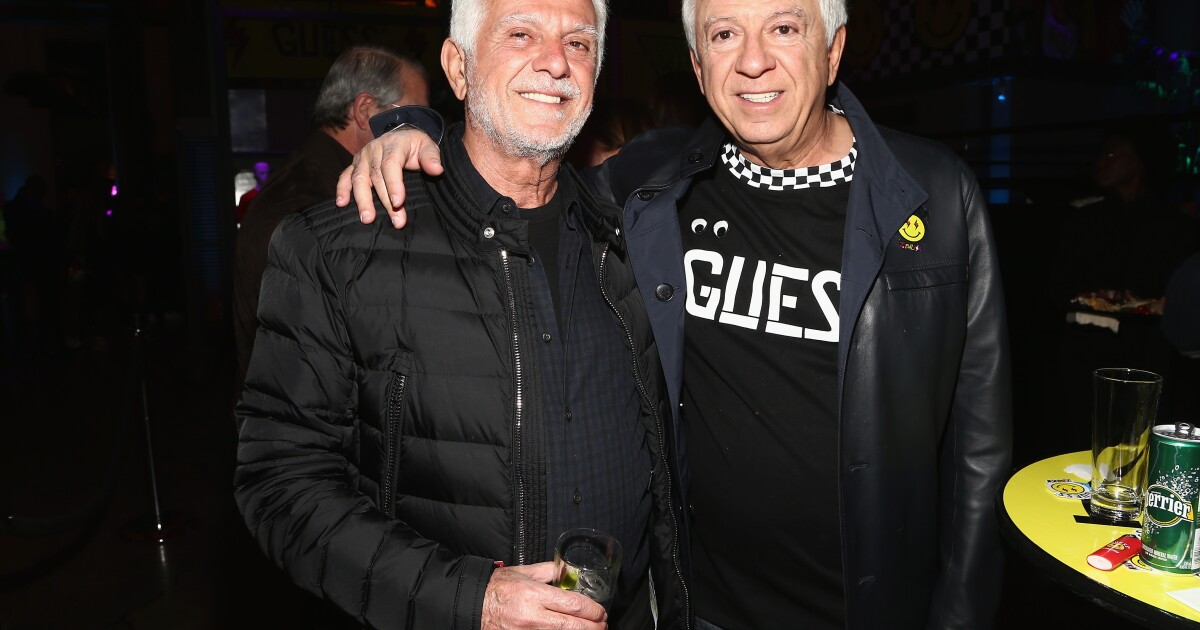 A proxy campaign to oust Guess co-founders Paul Marciano and Maurice Marciano from the company’s board following a sexual assault scandal failed to draw enough votes on Friday during the annual meeting of the Los Angeles clothing company – but the activist hedge fund behind the effort has vowed to continue its battle.

Legion Partners, an LA fund that acquired a 2.5% stake in Guess, had asked shareholders to suspend their support for renewals of directors Paul Marciano and his brother Maurice, accused of turning a blind eye to allegations of sexual harassment and assault against Paul. . Some of the allegations date back decades, others have surfaced in lawsuits filed this year.

Paul Marciano, 70, and his lawyers have denied any wrongdoing.

Legion’s proxy campaign has won support from both major shareholder advisory firms, which have said the company’s continued affiliation with the Marciano brothers poses a risk to the brand. This support came even though the campaign had virtually no chance of succeeding since the brothers own about 41% of the outstanding shares.

The fund has not named its own list of directors. It relied on a company policy that requires any director in an uncontested election who receives more “withholds” votes than “for” votes must submit a letter of resignation for consideration by a board committee. Legion has not reached this threshold.

The company announced that based on the preliminary results of the vote, the Marciano brothers and two other board members were re-elected.

“We will continue to engage with our shareholders and remain true to our commitment to act in the best interests of society and all Guess shareholders. The Board takes its fiduciary duties very seriously, believes in legality, and will continue to make its decisions based on factual findings,” Guess said in a statement.

Paul Marciano was one of four brothers who moved from France to Los Angeles and founded the company in 1981. It grew into a global clothing and accessories retailer, with marketing campaigns led by Paul highlighting featured famous models such as Anna Nicole Smith, Kate Upton and others. Two other brothers left the company years ago.

Guess operates more than 1,000 stores globally and earned $171 million of $2.6 billion in sales in its last fiscal year, though it’s no longer the hype brand she used to be. The hedge fund says the allegations depressed the company’s shares despite a turnaround led by chief executive Carlos Alberini.

“We are confident that there are certain aspects of this situation that are appropriate for us to pursue through potential litigation focused on board fiduciary issues,” said Legion Chief Executive Officer Ted White in response to the vote.

Over the past few years, Legion has had successful campaigns to change the boards at retailers Bed, Bath & Beyond and Kohl’s. He began investing in Guess in October after meeting with the company and deciding the turnaround was being held back by the brothers’ continued affiliation with the company, according to a regulatory filing.

Amid the burgeoning #MeToo movement in 2018, Sports Illustrated swimsuit model Kate Upton gave an interview alleging Paul Marciano groped and kissed her while filming a 2010 ad campaign when she was 18 – and when she pushed him away, he later called her “disgusting” and a “fat pig”.

He called the allegations “absurd,” but other women came forward accusing him of inappropriate comments and texts and unwanted advances, including kissing and groping, according to a company regulatory filing. .

This sparked a board investigation which concluded “on some occasions, Mr. Marciano exhibited poor judgment in his communications with models and photographers and in placing himself in situations in which allegations plausible instances of inappropriate conduct could and have occurred,” the filing reads.

The company reached settlement agreements with five women for a total of $500,000. Marciano stepped down as executive chairman in 2018 and was expected to leave his role as chief creative officer. However, the following year, Guess turned around and announced that he would remain as creative agent.

In January 2021, a lawsuit was filed in Los Angeles Superior Court by an unidentified model that reignited the scandal.

She alleged that Paul Marciano sexually harassed her after she started working for Guess in 2017. Then, after taking a break to give birth, the woman claimed to have met him at a West Hollywood address in February 2020 for this which she thought was a discussion. new photo shoots. However, the space turned out to be an empty apartment where she alleged Marciano forced her to perform oral sex.

This allegation was followed by a federal sex trafficking lawsuit filed in October by an aspiring model Guess who claims that Paul Marciano raped her in 2013 in a hotel room in Beverly Hills, where she had met him hoping discuss working for the company. The unidentified model said she later did test shooting for Guess, but never received a job.

Before the start of the proxy fight, Legion demanded earlier this year that Guess’ board of directors open investigations into its oversight of Paul Marciano and all employees, officers and directors whose conduct may have harmed the company. He also sought information on the health of Maurice, 73, who suffered serious injuries in a cycling accident in 2020 from which he is still recovering.

Legion also sent a letter to the board that it published asking for the removal of the Marciano brothers, arguing that they posed a significant risk to the company’s turnaround efforts. Guess responded by publicly defending management and its recent financial results. He said he “strongly refutes” the latest allegations of sexual wrongdoing against Paul Marciano and “vigorously contests” them.

The Legion began its proxy campaign on March 16 after Guess indicated it planned to nominate the brothers to board seats again. That week, a third lawsuit was filed accusing the board of aiding and abetting sexual harassment by allowing Paul Marciano to stay with the company.

The lawsuit detailed allegations of an unidentified third model who said she worked extensively for Guess and was sexually harassed by Paul Marciano during a July 2020 photoshoot at Lake Como in Italy. The trial does not designate him as an accused.

Prominent Los Angeles attorney Lisa Bloom, whose firm handled the three new lawsuits, held a press conference that week at which the three models and other accusers spoke.

The model who alleged Marciano forced oral sex on her identified herself as Amanda Rodriguez and tearfully read a statement saying the incident caused “flashbacks, panic attacks, nightmares, debilitating depression and suicidal thoughts”.

His lawsuit is now in arbitration.

After the press conference, the model who made the federal sex trafficking allegations changed lawyers and dropped her lawsuit. His new attorney did not return a request for comment.

In a statement, Marciano’s attorney, Gary Jay Kaufman, said “the dismissed lawsuit was without merit like others filed by Ms. Bloom and, in these cases as well, we are extremely confident that we will prevail in a court where the facts matter”.

While Legion hailed the turnaround under Alberini, who was named after the 2018 sex scandal, he traded blows with the company over the action’s performance. The shares have been down over the past year despite gains in the Standard & Poor’s 500 and were down about 4% at $22.94 at the close of trading on Friday after the voting results were announced. Last month, Guess announced an accelerated $175 million share buyback program.

The company said it tried to reach a “mutually agreeable path” with Legion, including a new environmental, social and governance committee and share buybacks, but was rejected. He also announced the formation of a committee of the board of directors composed of independent directors assisted by outside legal advisers. attorney to investigate post-2018 allegations against Paul Marciano.

Guess maintained his stance to reappoint the Marciano brothers to the board and said Legion’s campaign is “based on information from the media and misinformed and unsubstantiated sources.”

ISS, one of the two shareholder advisory firms, sided with Legion, concluding that while the two brothers have made “outsized contributions” to the company’s success over the past 40 years, it does not was “irrelevant” in the current situation. He added that “the withdrawal of the Marcianos appears to be the only means available to begin a clean break in this long and sordid thread of the company’s history”.

Glass Lewis, the other consultancy, acknowledged that Marciano’s Guess involvement likely doomed Legion’s campaign, but said the company would benefit from “passing on” Marcianos as directors while the board should review the employment of Paul Marciano given “the long list of sexual assault allegations”. misconduct and regulations and its immediate influence on company culture.

During the company’s heyday, the Marciano brothers made the Forbes 400 list of the richest Americans, but haven’t done so for years. Guess’ market capitalization is currently $1.4 billion, well below what it was at its peak about 15 years ago, when the stock was around $50 per share.

Susan Anderson, retail analyst at B. Riley, acknowledged the stock price was lagging, but said the brand has seen a resurgence under the leadership of its chief executive and Paul’s son. Marciano, Nicolai Marciano, who participated in the development of fashion for the company’s young customers.

She said it was unclear at this stage what role the Marciano brothers play in the company’s performance. “Obviously they’ve built a great brand,” she said. “It’s hard to say if they have a significant impact on the brand right now.” 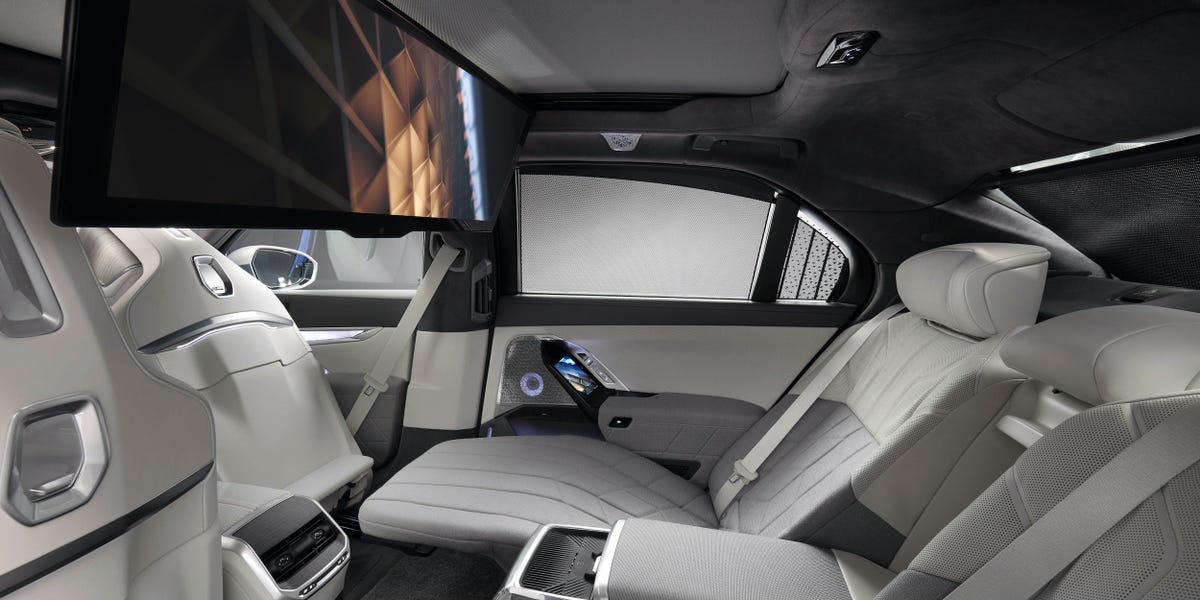 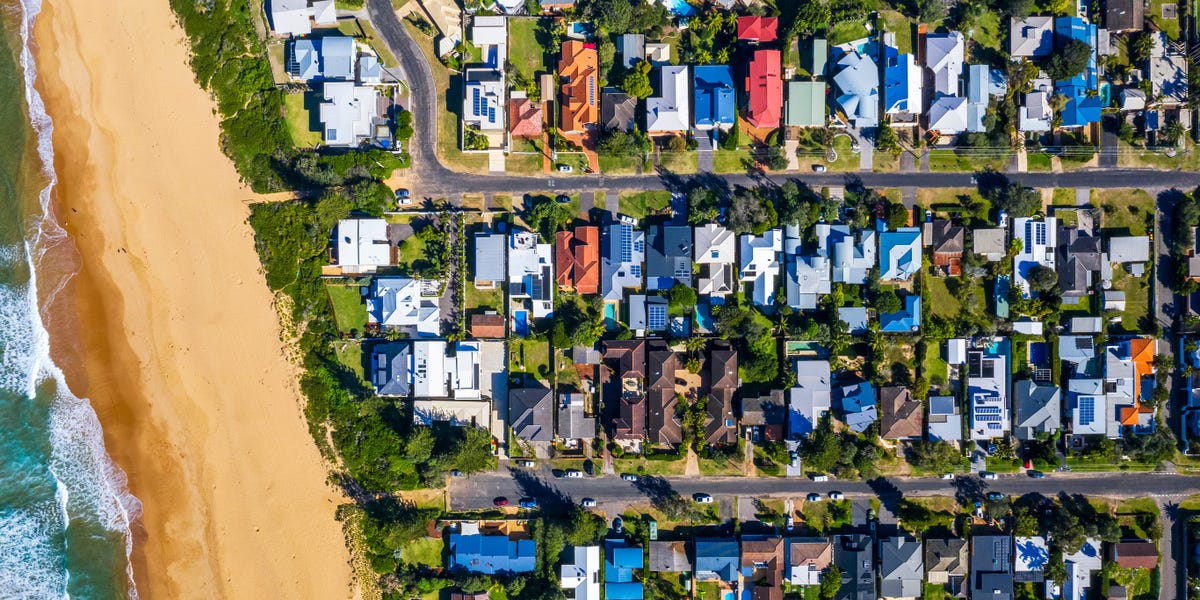 Too many people think real estate is the best investment, economist says